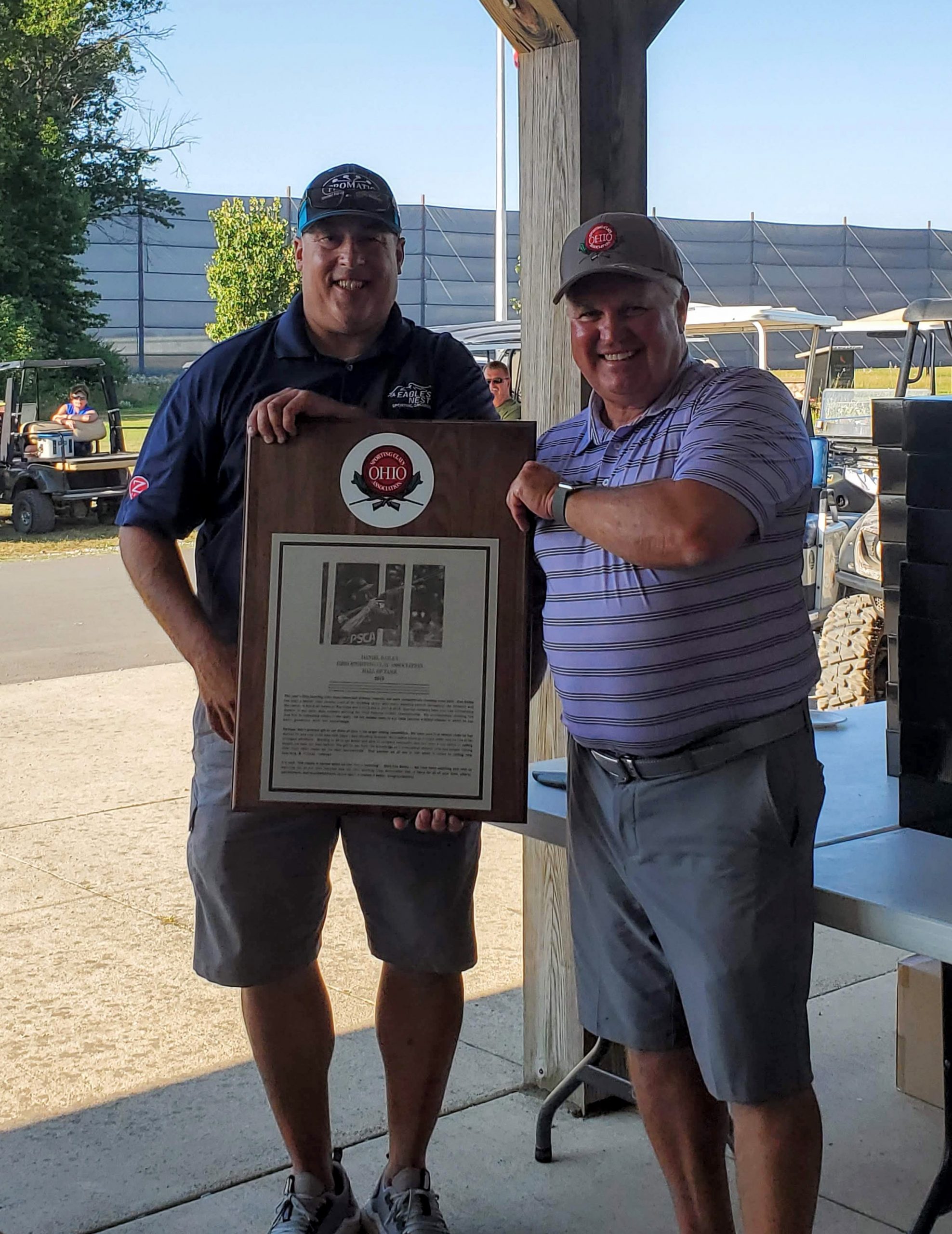 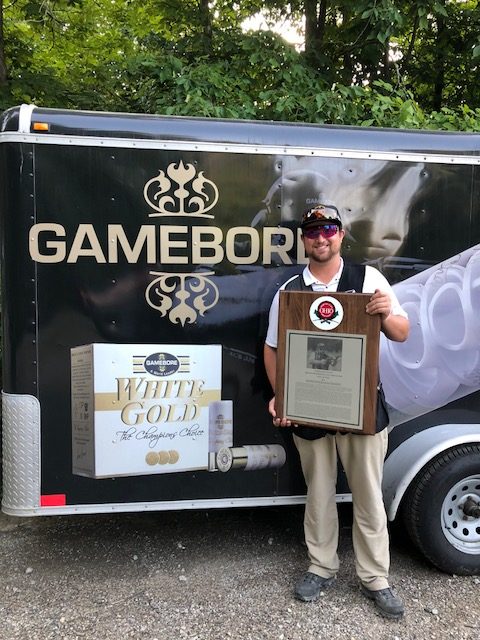 2013 – David Hudgins – David Hudgins’ whole life has been built around making things rumble, purr, and work to perfection. Being fluid, flowing and rhythmic has translated to more than Dave’s work with high end custom motorcycles. As a matter of fact, Dave’s shooting career mirrors his work vocation more than most people realize. That is by the time you hear

him coming, he has just passed you on the leader board and won yet another sporting clays shoot.

The 10th inductee into the Ohio Sporting Clays Hall of Fame has a long list of shooting accomplishments and wins. Recognized this year in making the 2013 NSCA 12 ga. All American Team, Dave also won last year’s 2012 Ohio FITASC Championship. He was the 2011 Ohio Cup runner up and 2003 Ohio Cup Champion. Dave made the 2010 and 2011 NSCA All Zone Team and is a six time Ohio All State Member.

Dave’s love and compassion for the sport is demonstrated by his help with the OSCA board and several charitable organizations. He continues to demonstrate and will long be remembered most for his calm yet competitive demeanor while always exhibiting integrity and champion qualities to our sport. 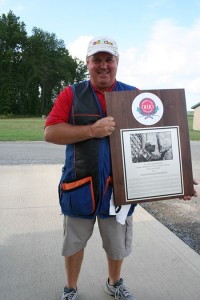 with a serious look at one of Ohio’s foremost shooters and organizers. Kemmerer, who is a member of the NSCA Advisory Committee and Executive Council, was previously president of the Ohio Association. A competitive shooter since 1993, he is always a threat to win any event he enters. He is an accomplished small gauge champion and was twice defending champion of Ohio’s Kiddie Cup (named in memory of Mark Kiddie – a legendary Ohio shooter of many talents).

Kemmerer is the organizer of the state’s Kids and Clays program and raises in excess of $100,000 annually for the Ronald McDonald House Charity. He has followed his friend Kiddie into the leadership role in organizing the most successful charitable shooting event in the nation, the Boomer Esaison Foundation for Cystic Fibrosis.
Kemmerer continues his involvement in the OSCA where he has demonstrated innovative leadership for several years. He pushed the association to adopt a concept aiming for high quality, and more fairness by bringing in a well-known course designer annually for the state championships. He advocated two year contracts with host clubs for the state shoot to allow clubs to balance their cost issues for upgrades over both years.

Long before marketing classes were pushing corporate branding, Todd designed a logo for the Ohio Association and urged use of it in advertising, trophies, and printed materials. He is a six time all State shooter, and has been named to the All American Small Gauge Team. He’s got a houseful of trophies from marquee events all over the Midwest, Great Lakes and mid-Atlantic area. Kemmerer is the ninth person named to the Hall of Fame.

His record of winning goes back to the early days of sporting in Ohio and has taken him to the top of the sport. He is a three time All American and twelve time All Ohio Team member. He has been Zone III Champion, Ohio Cup Champion, and winner of the Big Kahuna.

His HOF award plaque reads in part, “Along the journey of winning achievements, Dave has always demonstrated the poise and sportsmanship of a true champion. His commitment to promoting the shooting sports is demonstrated every day.”

competitor from the beginning of time (early 1990′s). His hard work and dedication has taken him to the top of the sport, yet he’s remained a humble man who always has time for a kind word of encouragement or a helping hand.

His shooting credits include Ohio Cup Champion, National Pump Gun Champion, Veteran All-American and past member of NSCA Team USA. He competed as a member of Team USA in the 2009 World FITASC in Australia.

2009 – Gary Schmidthorst – Gary started shooting sporting clays in 1993, his first sporting clays tournament being a NRA Quail Unlimited Shoot. A win at this event sent him to Wolf Creek in Atlanta, GA for a National Quail Unlimited tournament. From then on he was HOOKED. He joined NSCA in 1994 and became a life member. In its infant years, Gary served as a

NSCA national delegate for the state of Ohio. This time was spent answering many questions from fellow shooters about the sport that he had come to love. He has served on the OSCA Board and has been instrumental in helping with the organization of the Ohio’s first State Championships. He later became Vice President and eventually President of the OSCA. During those years, he helped set the framework for the rules and regulations to be followed at the Ohio State Championship. We can all be proud of Gary’s accomplishments in the OSCA’s infant years. Today, Ohio has one of the best state shoots in the country.

His shooting highlights include traveling across the country, with his wife, Susan, who is his number one cheerleader. Some of Gary’s accomplishments include; six time member Ohio State Teem, three time Ohio State Combined Sub Gauge Champ, Florida Non-Resident State Champ, Ohio Cup HOA, Runner Up and Sub Gauge Champ. The Homestead Class Winner, National Turkey Federation Class Runner Up and numerous other awards. Over the past sixteen years he has annually averaged over 2,800 registered tournament NSCA targets. His current goal is to continue to introduce new shooters to the sport of sporting clays, both young and old.. If we could all bring one new shooter into this sport each year, our numbers would flourish. Shooting for charities has also been a goal of Gary’s. He has helped the Ronald McDonald Houses, the Boomer Esiason Foundation, the Salvation Army, the American Cancer Society, the Future Farmers of America and local 4H organizations; just to name a few.

He was honored to receive this prestigious award and it is displayed proudly, in his trophy case. Gary wishes to thank the Ohio Sporting Clays Association and the Hall of Fame Committee for this award. 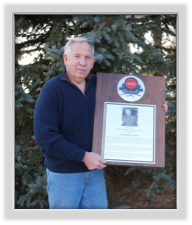 Work within his local Ducks Unlimited chapter and throughout his community makes us very proud to have Tom in the hall of fame. Tom was crowned Ohio Sporting Clays Champion in 1997 and Sporting Clays Zone III Champion in both 1991 and 1992. A true champion, Tom Smith continues to win awards as a veteran classed shooter.

Out of all of his accomplishments, Tom might be most recognized by his stock making abilities. In the past 15 years, he has made over 700 stocks and fitted more than 2,500 guns. His stocks are works of art, beautiful and elegant to the eye, graceful and precise to the touch. Tom enjoys helping people who share the same passion as he in the shooting sports.

2007 – Mark Kiddie – The Hall of Fame plaque to Kiddie reads: “The Ohio Sporting Clays Association recognizes Mark L. Kiddie for many years of dedication to Sporting Clays Shooting in the state of Ohio.” Beginning in the mid 1980′s, Kiddie was

one of the early sporting clays shooters in Ohio. Mark began his shooting career as a skeet shooter and later a trap and international skeet competitor. He has been named to 16 All American teams in international skeet and has won numerous state, regional and national titles in skeet, trap, and sporting clays. Mark was inducted in the Ohio Skeet Shooting Hall of Fame in 2000.

Kiddie is a 5 time National Sporting Clays Association (NSCA) All American and has been a member of NSCA Team USA. in 1997, Kiddie won the National All Around Shotgun Championship, a competition that combines skeet, trap, sporting clays, international trap and skeet.

In addition to his shooting career, Kiddie has used his organizational skills to promote sporting clays events that he has planned and has raised nearly 2 million dollars to benefit cystic fibrosis research. Mark has served as trustee of the Ohio Sporting Clays Association and has worked as an elected state delegate from Ohio to the National Sporting Clays Association.

Association’s Hall of Fame at the 2006 State Championship. Mayer holds the distinction of being the only person in NSCA history with eight consecutive state championship wins.

Known as the Mayer of Ohio…Bill Mayer will go down in history as one of Ohio’s best sporting clays shots. The most accomplished ever with a pump gun in his hands! The Ohio Sporting Clays Association wishes to not only recognize Bill Mayer’s many Ohio Sporting Clays Championships but also his outstanding efforts and contributions with others in the shooting sports. Throughout the year, Bill instructs a group of up and corning women at Hill ‘n Dale Club on a weekly basis. Congratulations, Bill!

2005 – Gene Goodwin – Not too many individuals have given so much to the sports of hunting and shooting as Gene. Gene has and continues to serve as a volunteer with several conservation and shooting organizations during the last 45 years. He

held numerous positions in Ducks Unlimited, The National Wild Turkey Federation and was a founding member of the Ohio Sporting Clays Association.

Gene lives in Urbana and continues to provide invaluable insight to many of as who are involved in trying to ensure the future of the shooting sports. Early on, he began working with Ducks Unlimited as local dinner chairman then moved up to District Chairman, State Sponsor Chairman, Ohio State Chairman and finally a National Trustee in 2003. During that same year he became a member of the Ducks Unlimited National Shooting Committee where he still lends a hand on their shoots around the country.

has been a great friend and supporter of sporting clays for many years and is a mentor to numerous shooters. The OSCA and its members am proud to have him as our first recipient of this prestigious award.